We’ve been busy since last summer: 6 major feature releases (macOS support, ProRAW, Flag & Reject, Clarity, Shortcuts Automation, and Grain Rebuild), and ten smaller updates. Behind the scenes, we grew the team and invested heavily in our technical infrastructure and processes as a company, while also working on exciting new features that aren’t ready to be released just yet.

At the end of the day however, none of that is more important than the core promise of Darkroom: a fast, seamless, beautiful, and powerful photo and video editing experience.

Sustainable, long-term businesses operate a little bit like gardens. There are periods of growth, but there are also periods to clean-up to get the app ready for another season of growth, and that’s exactly what today’s update is all about.

For the past 7 weeks, we paused all new feature work as we made our way through the list of frequently reported paper-cuts, and any rough edges in the Darkroom experience. If you’re an active Darkroom editor, you should read this extensive list that we normally don’t share in our release post, hopefully it’ll make you happy. Don’t miss the extra at the end! 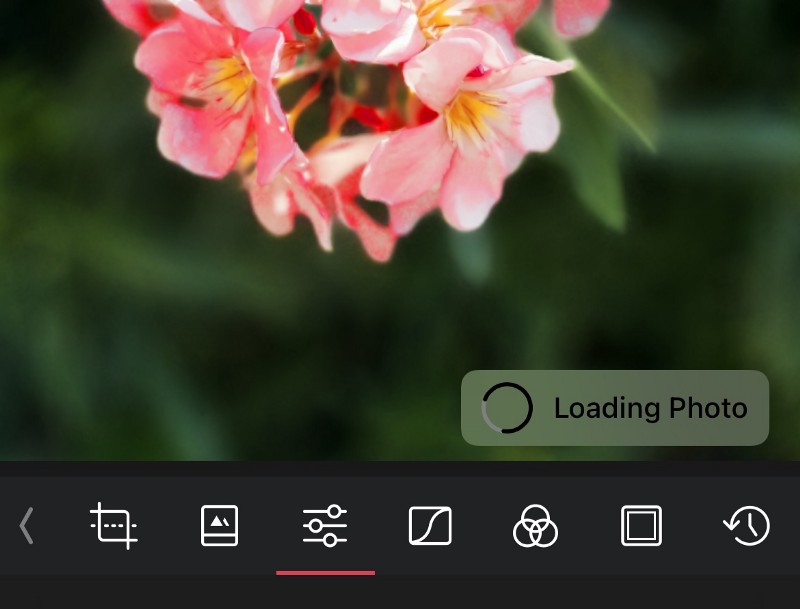 We rebuilt our image loading and generation infrastructure to provide faster image delivery, more accurate results, and improve reliability. This will impact your experience navigating through the app, resulting in a faster and a smoother editing, viewing and navigation experience.

We also updated image loading and prefetching so that you don’t see low-resolution images unnecessarily, particularly when switching quickly between two photos, leading to a more consistently high-quality viewing experience.

And as part of our previous 5.5 release we improved the loading indicators when viewing a photo to now make an explicit difference between “loading” data locally from storage, and “downloading” data from iCloud.

Additional improvement we made: 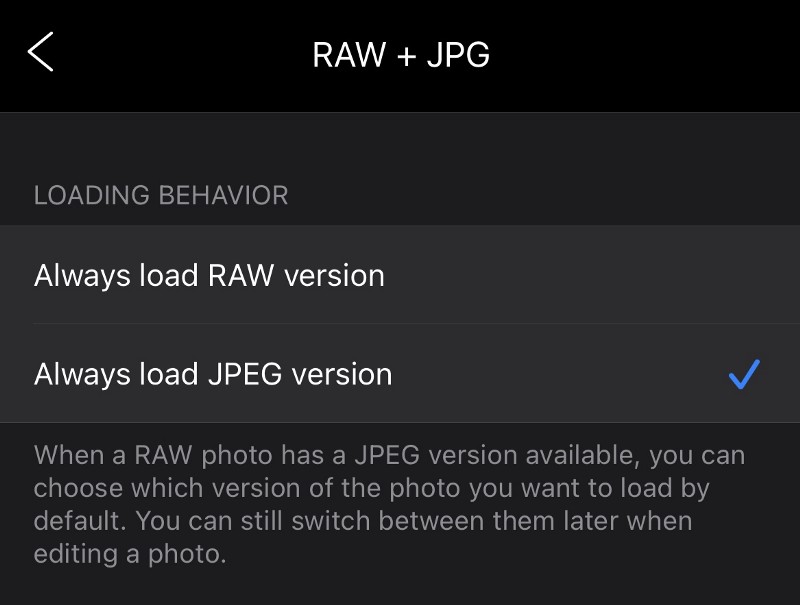 Crop is one of our most used tools, but also was one that had quite some rough edges. In our previous update we already addressed 8 issues to make it more reliable, but we felt we could do even better so put in the effort to address the below issues.

Over the past couple of releases we have worked hard to improve memory consumption in our app in general, and our Photos Extension in particular when using the Grain slider, as well as when entering into the photo extension multiple times.

Unfortunately the Clarity slider is still using too much memory and causing the photo extension to crash, so we decided for now to removed it from the Photos Extension until we can address its memory use.

We added 3 new app icon variants, available only to our Darkroom+ subscribers. Pride makes the social icon we had to celebrate Pride Month last June available in the app for all to use. Awake is an homage to the Tycho album that helped inspire and motivate building the initial version of Darkroom back in 2014. And lastly the M1 processor/circuit icon is a salute to Apples new amazing chip set that makes Darkroom screaming fast. Making for a new total of 21 icons to chose from to personalize Darkroom!

Please keep sending in reports of any issue you see, large or small. If there’s something you’d like to see added in the future please let us know by sending us an email or tweet at us on Twitter.

As always, we’re very thankful for your continued loyalty and support, and look forward to sharing everything else we have in store for you.