In these posts, we discuss what’s new in each update and the background behind it. We hope you find these in-depth explorations insightful.

Here in LA, actors like to say “One for you, one for me.” This update started out being a “one for me” update. That is, it’s an update to how we bundle and sell in-app purchases, and I don’t expect longtime fans of the app to be particularly excited about the update. Yet as we fleshed out what this update would include and started implementing it, it started to feel more like “One for you, AND one for me!”, making Darkroom easier than ever to use, and fulfilling our desire to help more people than ever become better photographers. Before we get into it though, let’s get the logistics out of the way:

Changes in this release 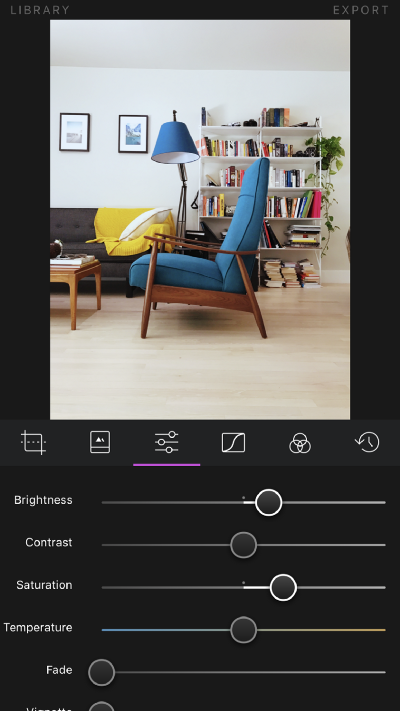 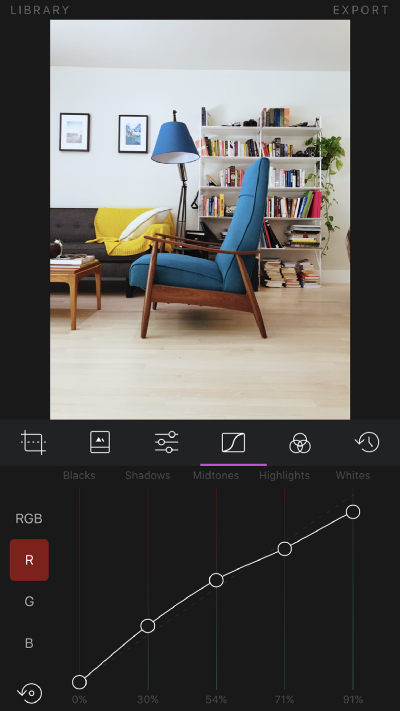 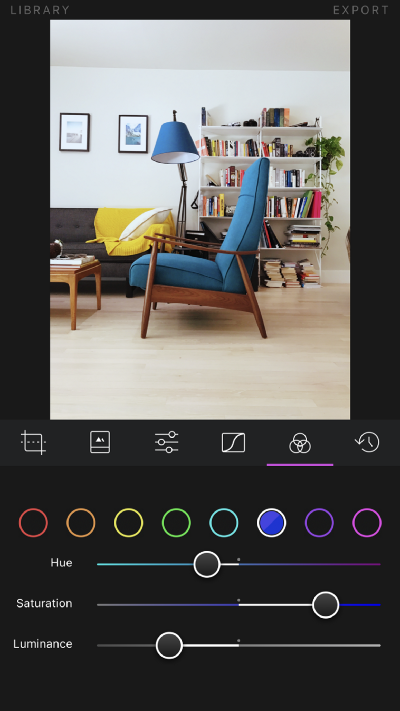 Darkroom is an independent and bootstrapped company, built and maintained by two people, and has been for much of its life (Shout-out to Matt Brown who c0-founded the company with me). 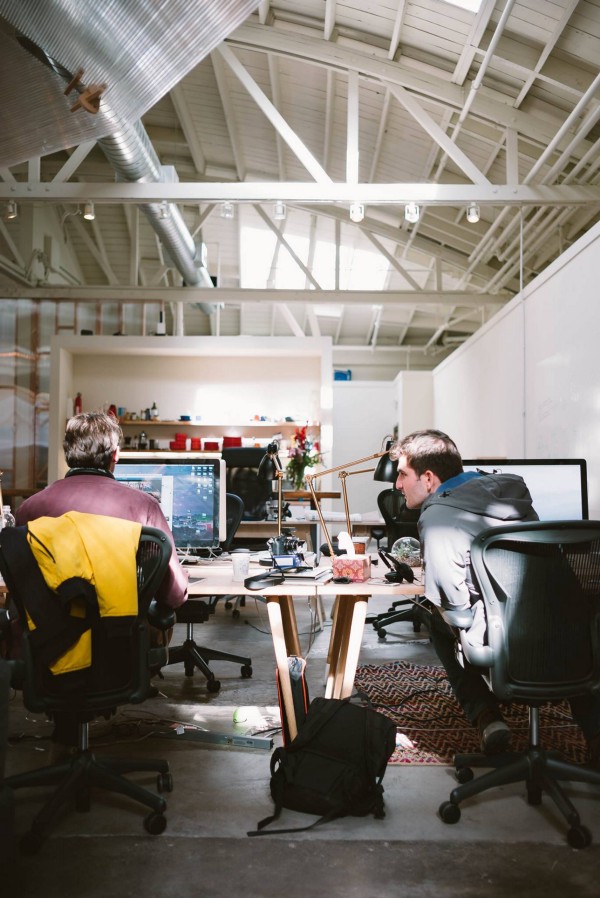 We’re blessed with Darkroom to have a very healthy and sticky product that’s repeatedly featured by Apple and experiences organic growth. However, to thrive, we need to improve the conversion of our for-pay products.

I’ll admit at this point that I’ve often left monetization to be the last task before a launch. I’m a product-minded person, and I see the world in use-cases and features and bug fixes. I’m not a business-minded person who sees the world primarily in conversion funnels and market opportunities. However, the balance of the two is where a business thrives. My product plans rarely involve monetization and sales, focusing rather on product features and workflow inefficiencies. This is the first time we decided to focus primarily on monetization.

Darkroom’s original business plan was to sell filter packs à la VSCO, and sell Pro Tools à la TouchRetouch. We created a Store and put the filter packs in it, and we put the tools in the toolbar, with a modal to unlock them. Bada-bim, bada-boom, we had a monetization strategy. 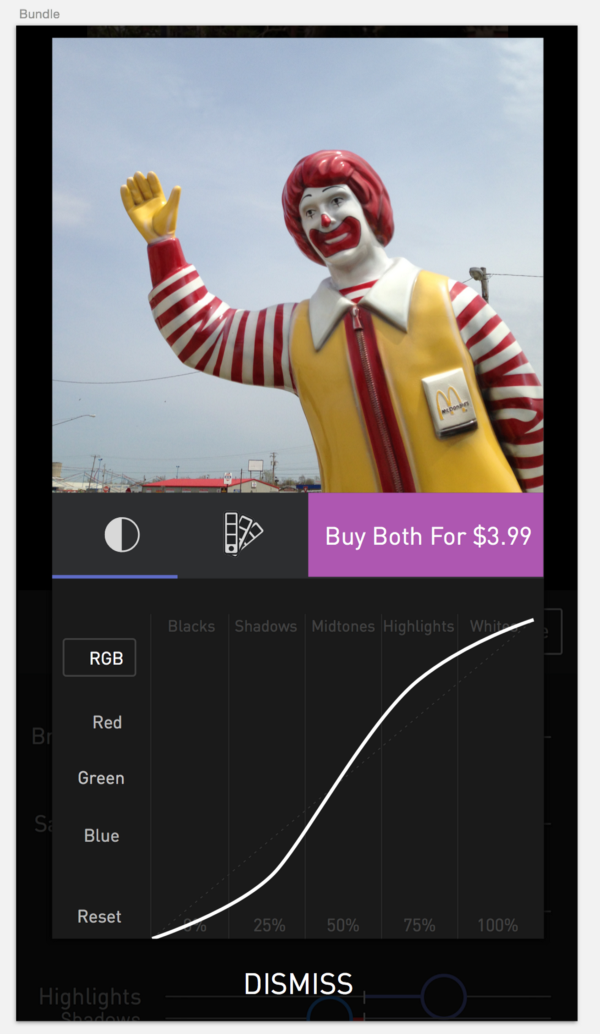 We had conversations early on to allow people to try filters and tools before buying them, but we decided against that approach for a few reasons we found convincing at the time:

That conversation happened in 2014.

We had anticipated before starting work on Darkroom that Filter packs would be the primary sellers, and Pro Tools would sell less, but at a higher price. Since then, through natural iteration on the product, the only entry-way into the filter store became the end of the filters list in the filters tool. That meant the path for a person to discover the existence of filter packs looked like this:

It doesn’t take a lot of experience with product development to look at that path and assume the conversion between the first step to the last step would be near-zero, and our sales numbers confirmed the fact.

Our tools, the primary differentiator of the app, were similarly hidden. In the toolbar, we had two pink icons, tapping either would present a modal with a single sentence describing the tool, and a few stacked screenshots.

Not to state the obvious, we knew we had some low-hanging fruit to pick. Driven by the understanding that as barriers to entry are lowered, conversion increases. We decided to challenge the assumptions we made in 2014.

That’s why in Darkroom 2.9, we’ve made every Pro Tool and all Premium Filters available to fully try for all people for free. We only ask you to pay when you’re happy with your photos and want to share them.

Getting there wasn’t easy. Like any other core product change, it took a lot of iteration to reach the right balance of clarity and usability. In the end, we’re really proud of what we achieved. We hope you like these changes.

You can see in this gif of the first pass how visually forceful we made the upsell. What you can’t see is that we made it lock you into the tool you were in.

Clearly, we were still worried about giving away our premium filters and tools so freely to people, but we knew that the intensity of the upsell and the disruption of the lock-in felt wrong in Darkroom. It wasn’t clear what the solution would be. Eventually, after many conversations and iterations, we settled on a color, placement, size, and behavior combination that felt native to Darkroom, and clear to the user.

The “For You” Part

That was all “For Me”. Now let’s talk about what you have to be excited about.

Since we opened up the tools to every single person who downloads Darkroom, it unleashed an unintended incentive structure.

Because the profile of the person who would be consuming the pro tools has changed, and the context under which they use them has changed, we had to update the design of those core tools to accommodate those people. In the process, we’ve refined and tightened up what was already the best-in-class Curve editor and Color Correction tool.

There were two core philosophies behind these changes:

In Curves, this means knobs on tracks, similar to how sliders work. It also means that the tracks of those sliders visualize the impact of the change. 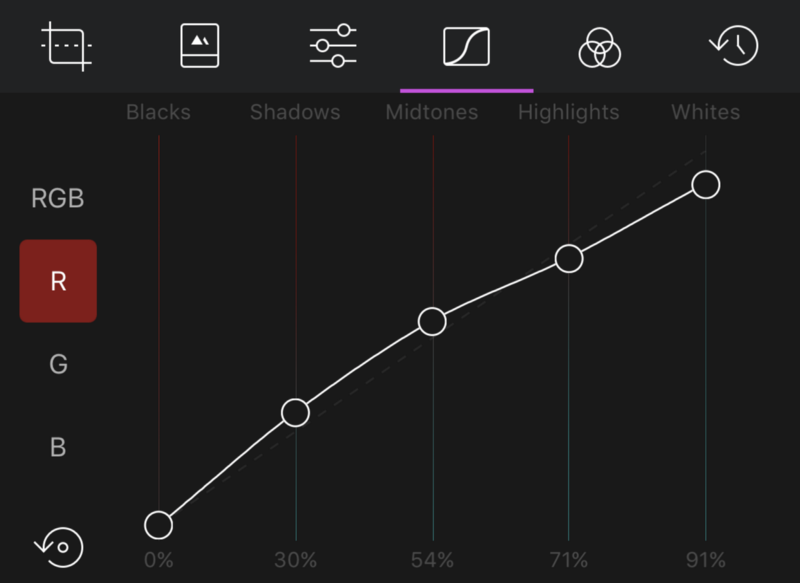 In Curves, it means gradients on the slider tracks to indicate what color you are shifting to, and increased contrast between which color channels have changed and which have not.

This philosophy really carried over to almost every other part of the app, making Darkroom easier than ever to use, and fulfilling our desire to help more people than ever become better photographers.

Please let us know what you think! We’re so excited to share this with you and have so much more in store.